Police have rescinded their order closing two betting companies over operating without licences,the Nile Post has learnt.  Last week, police closed Home Bet and Game Bet betting companies for operating without licences.  “Without a license, a company commits an offence and is liable on conviction to forty eight currency points or imprisonment not exceeding two years,” Deputy police spokesperson said in a statement and later directed Regional and District Police Commanders to locate the betting and gaming company branches and outlets   in their areas of jurisdiction and close them.  However, a letter dated December 15 by Joseph Obwona, the deputy director crime Investigation at CID in Kibuli indicates that operations to close the two betting companies have been halted pending further notice.  The Nile Post has learnt that the order to rescind the order for closure stemmed from complaints by the two companies over the manner in which they were being closed despite operating for a long time.  In January, two betting companies, Game Concepts Ltd and Home Bet Ltd sued government and the National Lotteries and Gaming Regulatory Board accusing them of imposing a high minimum initial capital of Shs250m for any company to join the business.  The companies said in their  petition before the Constitutional Court  that Section 39 of the Lotteries and Gaming Act, 2016 imposes minimum initial exorbitant fees of Shs250m adding that it  is intended to discriminate ordinary citizens from joining the gaming and betting business.  The betting companies in their petition noted that Section 67 of the Lotteries and Gaming Act, which makes it an offence to provide facilities for gaming and betting without a licence contravenes Article 40 (2) of the Constitution which guarantees the right to all persons to participate in a lawful business.  The case has never been disposed of and this could have been the reason for rescinding the police order in regard closure of the two betting companies. 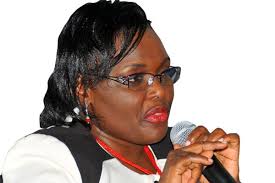