Less than a week after he was arrested in Paris for allegedly raping a woman, Chris Brown has touched back down in the United States. It was on Saturday (January 26th) that the singer landed on a private jet at the Van Nuys airport.
On Monday, Brown was arrested by French authorities after a woman claimed that she was raped by the singer in his hotel suite. He was released hours later on bail and was free to get back to the work for which he originally traveled to France.  The police’s decision to allow Brown to post bail was largely in part to the accuser’s varying stories of the events surrounding the alleged incident. The case has not been dismissed. However, Chris Brown and his team did file a defamation lawsuit against the woman on Thursday morning. In the suit, Brown’s legal team is also citing criminal statutes related to false accusations. TMZ reports that such a statute carries a maximum sentence of 5 years upon conviction.  Brown has been vehemently vocal about his innocence and denies the victim’s story. According to the woman, she was raped and abused in 3 different rooms by three different people all in Chris Brown’s hotel suite. 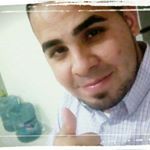