It has been raining down in negative temperatures on the recently launched Miss Uganda Curvy pageant. With the flak not stopping, the organisers have now been hit by a new setback.  Now Grace Msalame, a Kenyan media personality has called out the organisers of the event for using her photo on their posters without her consent to promote the ‘objectification of women’.  As a result Msalame has sued the organisers and the government of Uganda seeking Ksh1b or the equivalent of Shs36b in Ugandan currency for having defamed her character, reputation and damaged her brand.  Msalame has also disassociated herself from the campaign and condemned its organisers and purpose.  “I would like to categorically state that my likeness and image were used without my permission (in Miss Curvy Uganda). I take great exception to the fact that my image and likeness are being used to propagate, disseminate and encourage the objectification of women’s bodies, I don’t endorse or agree with such a message or anyone who is a creator or supporter of the idea that women’s bodies are tourist attraction sites,” Masalame stated.
“I take this opportunity to clearly state that I strongly and categorically reject the message that women’s curves, arms, waists and bodies are stories to sell tourism and the notion that tourism begins with women and their bodies. I strongly reject the idea that women’s bodies can be used by state agencies to generate revenue. I reject the message that pits women of different sizes against each other. I am in no way associated with the activity that objectifies women in the name of promoting culture. Women are people, not sex objects,” she added.
Msalame’s comment come on the backdrop of the  Minister of Ethics and Integrity Fr Simon Lokodo who advised fellow Minister for Tourism Godfrey Kiwanda to concentrate on the many tourist attractions that the ministry has not even utilised rather than jump onto ‘scandalising’ the nation by using women.
Lokodo was speaking in light of Kiwanda’s recent launch of the “Miss Curvy Uganda” pageant which aims at selecting sexy curvaceous women allegedly for tourism promotion and attraction.
However, the ethics minister said the pageant not only shames the country but also un- dignifies women.
According to Lokodo, the ethics committee recently criminalized strip teasing as pornography hence, it would be unwise to have such a pageant.
While launching the pageant, Kiwanda said; “We have naturally endowed nice looking women that are amazing to look at. Why don’t we use these people as a strategy to promote our tourism industry?”
However, Lokodo insists that there is no pride for a country to attract tourists using bodies of women.
“There is no pride on behalf of Uganda for someone to leave Australia to see a curvy woman. I am glad that women and other Ugandans are actually already condemning this. I have no words for such an event,” Lokodo remarked.
The minister also advised Kiwanda and the rest of his officials in the ministry to concentrate on utilising just half of Uganda’s tourism potential rather than descend on women.
“There are so many elephants and birds, we can attract tourists there, Kiwanda can take them to the mountains and lakes. We have so many nice things the ministry can use to attract tourists. Why is Kiwanda not utilising them but women. And by the way, why is he choosing women alone and not men?” Lokodo wondered.
A Ugandan Woman,  Primrose Nyonyozi Murungi also  petitioned government to cancel the freshly launched “Miss Uganda Curvy”, a contest that seeks to determine the most curvaceous woman in the country.
According to Murungi, the new pageant which was launched under the stewardship of the Minister for Tourism Godfrey Kiwanda is aimed at objectifying women.
“It’s 2019 ladies and gentlemen. And a whole board of tourism sat down, discussed and decided to actually pass something like this. Those were men and women with daughters at home. Those were gentlemen married to “curvy” women and dating them. Those were men and women with “curvy” sisters, mothers and friends who sat and actually passed this,” Murungi noted. 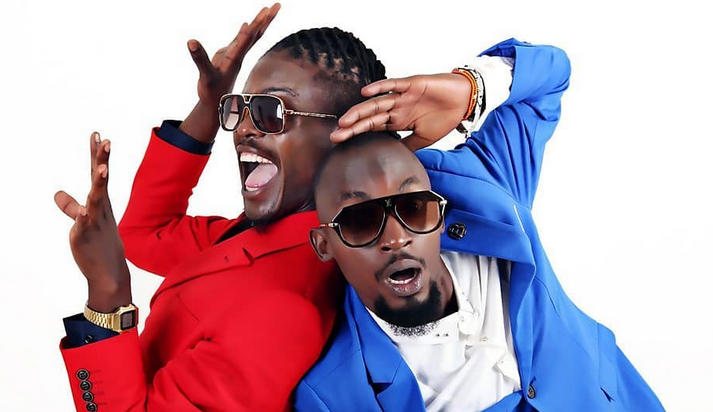