Wendy Williams is not pleased with her staff’s reaction to her hiatus. While most fans would assume life would be awkward without Wendy on the set of The Wendy Williams Show, reports have detailed that her staffers are breathing sighs of relief now that she and her husband are no longer present.
Over the last several months, Wendy’s life has taken multiple unexpected turns. From her health crisis to her rumored marital problems to her abrupt hiatus from her talk show — things have been quite different as of late for the former radio personality.
Although it was previously reported that Wendy Williams’ staff was relieved that she was away from the show, now many are reportedly worried. If Wendy does not return to her show, lots of people could be unemployed in the very near future. Now, an insider close to Wendy Williams is sharing more details about all of the rumored drama.
According to Radar Online, The Wendy Williams Show will no longer feature guest hosts. To make matters worse, there is no indication whether or not she will even return — which raises deep speculation about the future of the show. It has been reported that the latest development has made Wendy Williams’ staff very uneasy. “Staff have not heard from Wendy and are concerned for the future of their jobs,” said the insider. “It has been a struggle.”

Although The Wendy Williams Show has been renewed through 2020, her hiatus — and the latest developments in her personal life — raise concerns about the future of the show. The latest news about Wendy Williams follows a string of reports about her health and her rumored marital problems. Amid Wendy’s complications of Graves’ disease, her husband, Kevin Hunter, has been at the center of multiple cheating scandals. For years, reports have circulated about Kevin, his longtime girlfriend, and their rumored love child. Last month, Kevin’s mother spoke out with claims about her son’s alleged physical abuse of Wendy.
During a recent interview with the New York Post, Wendy Williams’ longtime friend and colleague Charlamagne tha God recently spoke out about the personal struggles she’s faced. He reportedly hopes that she opts to finally walk away from Kevin Hunter for good.
While Charlamagne didn’t reveal specific details about Wendy and Kevin’s marriage, he made his opinion of Kevin very clear. “I don’t f**k with Kevin. I think he’s a terrible human being,” he said. “I will just tell you that I hope Wendy Williams wakes up before one day she doesn’t wake up.”
Despite the mounting claims against Kevin Hunter, Wendy Williams has vowed to stay with her husband. 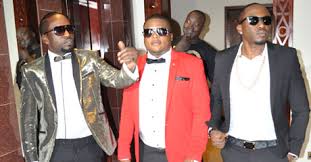