A security guard has lost his life in a supermarket robbery in Mpererwe. The incident occurred on Saturday night at about 9pm.
Six men travelling on three numberless motorcycles attacked City Supermarket with an SMG rifle and pistol. The men shot and injured Pilson Okot (no.1068) attached to Tight Security who was on duty.
The gang then forced their way into the supermarket which they robbed of an unspecified amount of money.
It is said that after the robbery they later attacked a mobile money agent who works just next to the supermarket and robbed her of 4.5million shillings.
Kampala Metropolitan Police Deputy Spokesperson Luke Owoyesigyire says three 999 patrol vehicles responded within 15 minutes of being informed of the robbery.
All police units have been informed of the robbery and are on alert as investigations continue to track down the gang.
Pilson Okot was pronounced dead on arrival at Mulago hospital. He had been shot twice during the attack. He was unarmed.
A motorist who tried to block the escape route of the gang with her car was shot in the leg. The survivor is currently receiving medical attention and her identity will be revealed later.
Police have advised business owners to increase security around their premises. They are advised to employ guards who are armed. 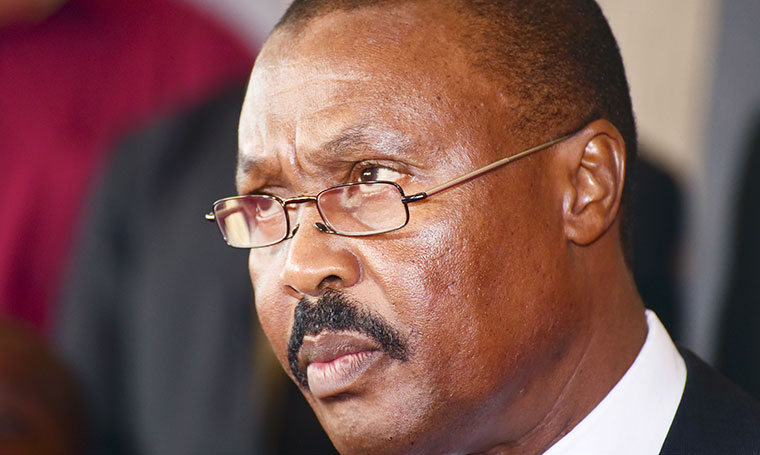