Morsi, who was 67, had been in custody since his removal from office in 2013.

Amnesty International has called for “an impartial, thorough and transparent investigation” into his death, the authorities say from a heart attack.

His family and activists had raised concerns about his health and the conditions in which he was held, much of the time in solitary confinement.

Reports say he has been buried in Cairo.

A top figure in the now-banned Islamist movement, the Muslim Brotherhood, Morsi became the country’s first democratically elected leader in 2012.  He was ousted and detained in a military coup a year later following mass protests against his rule.  Abdul Fattah al-Sisi, then army chief, has been in power since 2014.  After Morsi’s removal, the authorities launched a crackdown on his supporters and other dissent, leading to tens of thousands of arrests.  The Muslim Brotherhood and Turkish President Tayyip Erdogan are among those who have blamed the Egyptian leadership for Morsi’s death.

What happened in court?

Morsi was appearing in Cairo on Monday on charges of espionage related to suspected contacts with the Palestinian Islamist group Hamas.  Officials say he had asked to address the jury, and spoke for about five minutes from a soundproof glass cage where he was being held with other defendants.  Minutes later, he apparently fainted during a break in proceedings.  “He was transferred to a hospital where he was pronounced dead,” a statement by Egypt’s public prosecutor said.  Officials said a forensic report had been ordered into his death, and insisted no new, visible injuries were found on his body.  State television had earlier described the cause of death as a heart attack.  Morsi was already facing decades in jail after being sentenced in three other trials. He had previously been given a death sentence, but that sentence was later overturned. 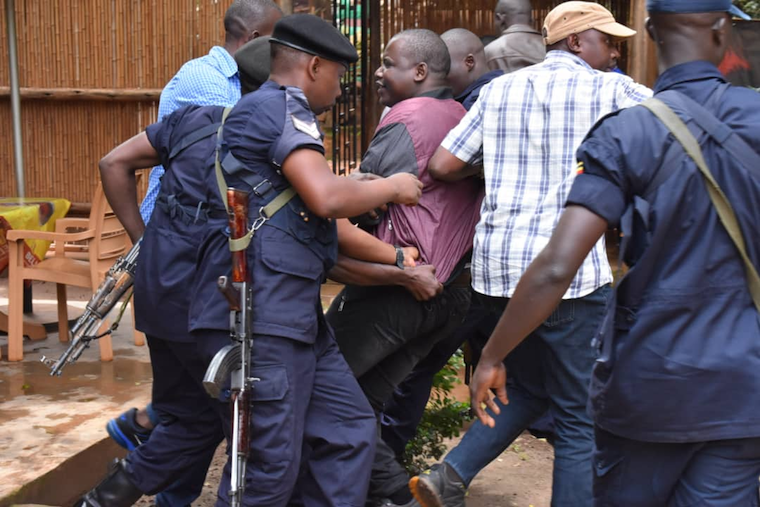