To many people like Joyce Bagala, the head of news at Next Media Services, these statistics meant nothing until she was informed that not only was she a carrier but one of her babies had the same condition.

In the beginning, like any young woman in love, Joyce could not wait to settle down and begin a family with the love of her life.

Everything was going according to plan and their marriage bore two kids ( a boy and a girl)  and according to Bagala, they were on cloud nine with their two blessings (kids) from God.

“The kids were very healthy and handsome. We liked every bit of them,” Bagala begins her story.

However, in 2010 as the second born, a boy, turned 8 months and she started noticing unusual changes on his body.

“Everything was normal but at about 8 months, the boy started getting swellings on his hands and feet. At first, we took him to a clinic and got him a cream that worked for three days but the swellings would return. I called Dr. Yasser at IHK and he asked me if I had a history of sickle cell in our family? I said we did not,” Bagala narrates her ordeal.

She adds that she was very sure it could not be sickle cells because no member of their family had ever been diagnosed with the same.

“Even on all medical forms for my daughter (first born), whenever they asked whether there was a history of sickle cell in the family, I said no because I had never seen or heard of it. They asked me to talk to my husband and find out  whether they had a history of the problem in their family and he too denied.”

The couple however resolved to take a sickle cell test to find out what exactly their beloved son was suffering from but little did they know that they would be astonished by the results.

“We went to SAS clinic for a test to which we received results days later but I was so devastated. I looked at my child who looked very healthy and there he was declared a sickler,” the head of News at Next Media narrates.

Next Media’s Canary Mugume tests for sickle cells on Friday.

She adds that after getting the news that her son had sickle cells, she broke down and had to call a friend to drive her home.

It was devastating news that every family member including the son’s dad and aunt for a while could not come to terms with.

Painful journey of a warrior

The story of Bagala’s son is one of agony and pain with many moments of sorrow.

“On many occasions, he has been unwell and goes through a lot of pain,” she narrates with tearful eyes.

Clearly suffering almost as much as her son, this has been the NBS news manager’s nine-year journey taking care of a sickler.

“The experience with a sickler is difficult to explain. You can die with your child and you wake up with your child. There are times you think he is not going to make it through and then he wakes up.”

“There are times the pain is too much that you also feel the same pain all over your body.”

She says on many occasions her warrior (as she fondly calls him) has asked why he is the only one falling sick, leaving the mother dumbfounded on how to explain what is happening to him.

Bagala adds that they have tried to talk to him, going to counselors, and doctors in a bid to assure him that everything will be fine but she says all these don’t help the situation.

“He likes to play with his sister, cousins, and peers when he is well but then what bothers him is that he is the only one that gets sick and not any other person.”

The mother of two says life has not been all good for her second-born whom she says has to live a life of taking medicine daily as if it is food.

“We give him pain killers whenever there is pain and daily folic acid and monthly Fansidar to treat Malaria. Recently we have started him on hydroxyurea, a drug that was approved to help sicklers lessen the crisis.”

According to Wikipedia, in a bid to relieve pain during a sickle cell crisis, your doctor might prescribe pain medications including Hydroxyurea.

Bagala has hope that the new drug will help do wonders for their beloved son who has had a torrid time since his birth, nine and a half years ago.

While growing up, Bagala recalls how a family with a sickler they knew was bluntly informed that people with sickle cells do not grow up beyond childhood. Little did she realize that one day, she would staring down the same road with her own child’s life on the line.

“They told us that if they grew up, they would not exceed five years and one could imagine the joy as my son made five years.”

She adds there was a moment of joy when her son turned five prompting them to throw up a big party for him.

“I spent a lot of money on the birthday because I was overjoyed that he had turned five,” Bagala says.

She says as the son grew up, the myth was demystified as she realized that despite being sick, people with sickle cells can grow up to become productive citizens in the country.

“My boy is there and I would like to encourage families with sicklers to look after them well because they require a lot of love and care.”

She cites an example of his son whom she says has had his education affected because he spends a lot of time at home because he is sick.

According to Evelyn Harlow Mwesigwa, the Programs officer, Sickle Cell Central Public Health Laboratory in the Ministry of Health, sickle cell is a genetic disorder that affects the red blood cells.

“It is not contagious or infectious but rather hereditary genetic disorder passed on from parents to children. It is genetic that you have a child with sickle cell yet you don’t have it,” Mwesigwa says.

She says on many occasions parents wonder how their children get sickle cells yet they themselves don’t have it and noted that in the family background, one of the members could have had it.

“What happens when two carrier partners produce a child is that they add two genes together that causes the disease.”

The NBS news manager says owing to what she has gone through, she has started a campaign to encourage couples to first test before getting married in order not to spread sickle cells to the next generation.

“We need to test. When you test and get to know, you make a good choice. If you are a carrier of the gene for sickle cells, it is not good to marry another carrier because it would make another person go through a lot of pain after being born with sickle cells,” Bagala says.

According to the Programs officer, Sickle Cell Central Public Health Laboratory in the Ministry of Health, it is prudent for everyone to test before choosing partners.

“If you know you are a carrier, you will be careful while choosing a partner. It will help you make informed decisions.”

Mwesigwa adds that it is not too late for married couples to test in order to get to know if they are carriers or not.

“You never know one of your children might be a carrier and could affect your lineage who might get sick.”

According to World Health Organisation (WHO), sickle cell anemia is a major genetic disease that affects many countries and in Africa, Cameroon, Republic of Congo, Gabon, Ghana, and Nigeria have a prevalence between 20 and 30 percent. 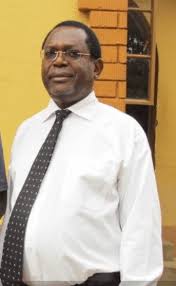 MC Kats: Being thrown out by my dad taught me how to hustle hard