Game of Thrones creators David Benioff and DB Weiss have become the latest high-profile names to join Netflix, signing an estimated $200m (£164m) deal with the streaming giant.  The deal will see the duo depart Game of Thrones broadcaster HBO, their home for nearly a decade, to exclusively create and develop series and films for the platform.  Benioff and Weiss have long been considered among the most in-demand showrunners working in Hollywood.  Already the duo have signed up to helm a trilogy of new Star Wars films for Disney, while their departure from HBO reportedly prompted a bidding war for their services between a number of broadcasters, including Amazon and Apple.  The pair’s decision to opt for Netflix serves as further evidence of the company’s clout, and continues a policy of going after some of the TV industry’s biggest creative figures. Last year it announced a record-breaking $300m (£216m) deal with Glee and American Horror Story creator Ryan Murphy, whose first show for the platform, The Politician, will premiere next month. A nine-figure deal was also struck in 2017 with Grey’s Anatomy creator Shonda Rhimes. 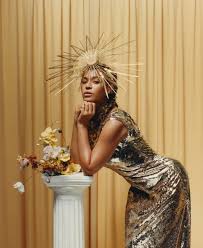