Dave Chappelle’s latest Netflix comedy special “Sticks & Stones” is stirring up controversy over a new batch of jokes relating to Michael Jackson, R. Kelly, and the LGBTQ community, among other topics.  The stand-up comedian is used to courting backlash over polarizing jokes and comments made during his specials and such is the case when he says he does not believe Michael Jackson accusers Wade Robson and James Safechuck. The two men were the subjects of the HBO documentary “Leaving Neverland,” which detailed Jackson’s alleged child abuse throughout his career.  “I’m going to say something I’m not allowed to say, but I gotta be real: I don’t believe these motherfuckers,” Chappelle says during “Sticks & Stones” about Jackson’s alleged victims. The comedian is not as doubtful when it comes to R. Kelly’s accusers, saying, “If I’m a betting man, I’m putting my money on he probably did that shit.”  Chappelle also talked about Louis C.K., who admitted in November 2017 that allegations of sexual harassment against him were true. C.K. apologized for masturbating in front of several female comedians and has not returned to film or television since. Chappelle seemingly criticized C.K.’s accusers because “nobody ran for the door” when the comedian’s crude behavior was taking place. 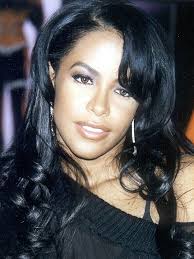