Written by Lindah Nduwumwami on September 19, 2019

Tekashi 6ix9ine is testifying in a New York federal courtroom against his fellow gang members in the Bloods gang, and not only did he just admit to ordering the murder of Chief Keef, but the rap community is responding about his decision to snitch.  According to reports from inside the courtroom, 69 is describing how he ordered the hit on rapper Chief Keef. He testified that he offered to pay $20,000 for the job to be done. But, he claims after the assanation was unsuccessful he cut the price to $10,000.  He also described the incident where he was kidnapped by Nine Trey gang members and being robbed and beaten by members of the crew.  He says Antony “Harv” Ellison threatened to kill him and made him give up his jewelry to spare his life. At the time, he had his girlfriend come down and give the kidnappers a cache of diamonds.  Of course, the testimony by Tekashi has started a huge online protest about snitching to the authorities.  Rap star Meek Mill jumped into the action with a warning to the new crop of social media driven rappers.  “69 going up in s federal courthouse today kids! Message of the day don’t be a Internet gangsta… be yourself! #cloutisnottheroute…get money,” Meek tweeted.  Tekashi 69 is helping prosecutors to convict members of the notorious gang, in hopes of cutting the prison sentence for his case.  As we reported, Tekashi if facing up to four decades behind bars, but if he gives up enough information the judge can drastically cut his prison sentence.

Bebe Cool: I regret commenting on the Kenzo – Rema break up 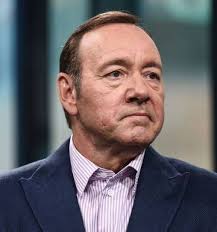