Written by Lindah Nduwumwami on October 16, 2019

As they await the return of their music icon, fans of Edrisa Musuuza a.k.a Eddy Kenzo held a peaceful demonstration outside Kibuli Mosque demanding for respect and an apology from Sheikh Muzaata.  A group of young men, holding placards with writings urging Sheikh Nuuhu Muzaata Batte to apologize and retract the statements he used directed at their singer Kenzo, made their way to Kibuli Mosque for a demonstration yesterday.  During Rema Namakula and Dr. Hamza Ssebunya’s Kukyala ceremony, Sheikh Muzaata made statements which several people claim were directed towards Eddy Kenzo, urging him to go and marry his mother.  Since then, the internet has been filled with fans taking sides as several note that Muzaata was wrong to involve Kenzo’s mother, who died over 20 years ago, in such issues.  On top of the disrespectful statements, Muzaata is said to have also added that Kenzo is a homosexual because of the pins he wears on his ears and his dress code.  Kenzo has released several statements continuously on his social media handles expressing how deeply hurt he is by Muzaata’s statements. He has also vowed to stop at nothing in fighting for his dignity and plans to return to Uganda from his music tours abroad just to find the much desired apology from Muzaata.  Before he makes his return however, his fans took it upon themselves and held a peaceful demonstration at Kibuli Mosque on Monday. They held out placards and spoke against Muzaata’s statements.  They furthermore asked the Muslim leader to apologize to their star singer and put some respect on his name as well as that of his deceased mother and the religion before being interrupted by policemen who dispersed the demonstration. 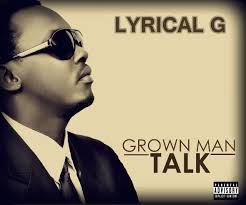 Mafia in government are behind my woes, want to kill me- Kenzo