Fans and followers of ‘Black Panther’ actor Chadwick Boseman have been demanding answers after the 42-year-old actor posted a video to his Instagram where he appears much thinner in the face. He posted the video to his main Instagram feed, where he paid tribute to Jackie Robinson, in honor of the late baseball legend’s day of remembrance.

In the video, he applauded the partnership between Thomas Tull and FIGS, who have contributed $4.2 million for the purchase of protective medical gear in African-American communities affected by the coronavirus pandemic. It was, however, his unusual weight loss that attracted the attention of his followers with many asking if he was feeling alright.

“Why are you looking so thin??” one of his followers asked along with a prayer hands emoji. “You ok chief? another questioned.

The actor later deleted the video from his main feed which even sparked more worry. The video, however, has been reposted on other Instagram accounts.

It’s unclear if Boseman has lost the weight for an upcoming acting role as he is yet to publicly address fans’ concerns regarding his health.

R. Kelly Re-applies for Release from Jail Amid Coronavirus Pandemic

iPhone 8 Discontinued with the arrival of iPhone SE 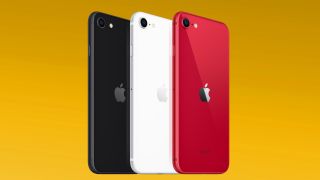