Written by Lindah Nduwumwami on January 22, 2019

The Administrator General has ordered the management of Goodlyfe and Angel Music to stop any release or performance of the new songs left behind by the late Moses Ssekibogo, also known as Mowzey Radio.  In an order released on January 14, the Administrator General said his office is in the process of streamlining the late singer’s estate adding that they have realized that the Goodlyfe management has been releasing songs left behind by the singer before his death.  “We have reliable information that you have been gaining income from various streaming platforms and other entities through the distribution and performance of the late Mowzey Radio’s  musical works without remitting the same to his estate,” the letter by Irene Bayiga ,the assistant Administrator General.  The Goodlyfe management was set to release some of the new songs on January 29 but according to the Administrator General, this has been halted.  “The purpose of this letter is to inform you to cease and desist from any release, distribution and performance of any of the late Mowzey Radio’s unreleased musical works without express authorization from the Administrator General.” “Any violation of the same will lead to both criminal and civil prosecution in courts of law.”  Mowzey Radio, a Ugandan vocal singer  died on February 1, 2010 at Case hospital where he had been admitted after sustaining injuries on the head following a brawl at De Bar, the popular bar in Entebbe town.  The singer was a member of the Goodlyfe Crew that he co-owned with fellow singer Douglas Mayanja, also known as Weasle.  A number of songs that the singer had not released prior to his death have since been released to the public domain. 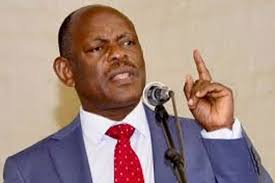