Cardi B and Offset reunite; Offset vows to ‘no groupies’ rule

After nearly two months of separation and several public pleas for forgiveness, rappers Cardi B and Offset have reunited, according to sources close to the couple.  The duo, who both reside in Atlanta, are reportedly back together at their family home, according to a TMZ report.  Cardi B went public with their split in early December. The “Money” rapper, real name Belcalis Almanzar, alluded to multiple instances of Offset’s infidelity as the root of their marital problems. In September 2017, they married in a secret ceremony in Atlanta. The nuptials were not made public until 2018.  “It’s nobody fault I guess we just grew out of love, but we are not together anymore. It might take time to get a divorce and I’m going to always have a lot of love for him because he is my daughter’s father,” Cardi B said in an Instagram post.  After the split, Offset, one-third of Atlanta rap group Migos, posted his regrets and apologies for his alleged cheating on social media. He also infamously showed up on stage with a floral arrangement to apologize to his wife during a show in December.  Speculation had been stirring that the duo would soon reunite after the couple celebrated Christmas together in Puerto Rico. Last week, Cardi B also shared a FaceTime screengrab in an Instagram story of Offset, real name Kiari Kendrell Cephus, with their daughter, Kulture, with the caption “I wanna go home.”  According to TMZ, sources say Offset has vowed to commit to the marriage, with the rapper reportedly changing his number and swearing to a “no groupies rule.”  The hip-hop couple will both participate in Super Bowl festivities this weekend. Cardi B is set to perform with Bruno Mars during Saturday’s Bud Light Super Bowl Music Fest at State Farm Arena. 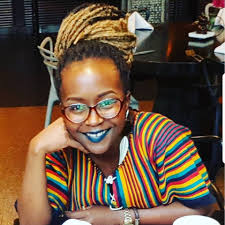