Things have come full circle in the world of Nicki Minaj. It was reported last month that Nicki Minaj had parted ways with her former management team, although a specific reason for the split wasn’t detailed. As she seeks for a new management team, reports claim that she might be joining the Full Stop Management roster — a management firm owned by a man she accused of sabotaging her summer 2018 tour.
Full Stop Management has a stacked roster consisting of Travis Scott, The Eagles, Gwen Stefani and more. According to Variety, Nicki Minaj could be the new addition to the roster. Full Stop, a firm owned by Irving Azoff, is an interesting choice for Nicki since she was incredibly vocal about her feud with Azoff. During the disastrous roll-out for her album, Queen, she claimed Azoff launched  “smear campaign about my tour, and contacted people in the media to spread negative things about my tour.”
The tour that she mentions is the co-headlining tour with Future which she was set to embark on that underwent numerous changes including postponement. However, Full Stop could be able to pull some impressive flexes for Minaj as they’ve done with Travis Scott in the past year.
Azoff didn’t confirm whether they were in talks but one source claimed the rapper was “impressed with [his] baller move,” while another source said that the talks have been “fun.”

Pastor Bugembe to Pastor Bugingo: ‘Con’ your wife and children afresh, sit with them and sort your family issues privately

John Singleton, director of “Boyz n the Hood,” dies at 51 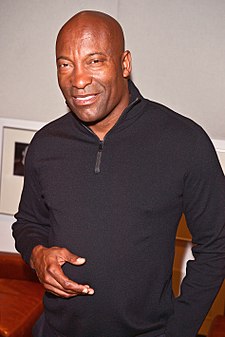