A woman has sued Kanungu district woman Member of Parliament, Elizabeth Karungi for allegedly poisoning her on mere suspicion that she is  having a love affair with her husband, the Nile Post has learnt.  It later turned out that it was a case of mistaken identity.  Donna Kamuli, a parliamentary staff has filed a suit against the legislator through Ladislaus Rwakafuuzi of Rwakafuuzi and Company Advocates before the High Court Civil Division in Kampala.
“The defendant is a woman MP for Kanungu district whereas the plaintiff’s cause of action is for damages, compensatory and punitive arising from the defendant’s deliberate poisoning of the plaintiff and costs of the suit,” reads in part court documents.  According to court documents, on August 31, the legislator called Kamuli suggesting they meet but the latter said the meeting could only be possible at a later date since she was still attending a party somewhere.  The next morning according to documents, Karungi called Kamuli before the latter asked the legislator to introduce herself.  “The defendant told the plaintiff that she was called Elizabeth Karungi, the Woman Member of Parliament for Kanungu district. That she had a personal matter for which she needed to meet the plaintiff.”  It is said that the two agreed to meet at Cafe Pap along Parliamentary Avenue.  It is also said that on September 1,between 3pm and 4pm,the two met and the MP told Kamuli that there was a girl who was having a relationship with her husband.  Karungi also allegedly told Kamuli that she wanted to have this girl killed.  In a strange twist of events, Kamuli claims that the MP instead poisoned her through water provided by the legislator.  “The poison could have been introduced into the water bottle through the bottle cap which was found spiked on investigation,” reads part of the court documents.  “Within 45 minutes of taking the water, the plaintiff developed gastric pain so intense like labour pains eventually intermittently lost consciousness, her body developed a rash, tingled and sweated.”  She was later admitted at Nakasero Hospital where it was discovered that she had been poisoned.  Later, the legislator called Kamuli and apologised saying she had discovered that her husband was instead having an affair with a one Sophie Nassuuna, a university student who resides at Muheki hostel in Kikoni.  “The defendant(Kamuli) ‘I have seen how you can kill somebody for nothing mistakenly’,”read part of the court documents.  Kamuli later reported the matter to CPS in Kampala and that the police officer who recorded her complaint observed the spiked bottle and expressed worry.  Later, Kamuli’s condition worsened and according to the suit, she flown to Aga Khan hospital in Kenya before from where she was referred to South Africa for further treatment.  Kamuli now wants the MP punished in addition to compensating her for the costs of treatment she incurred.  “Today, she(Kamuli) has a permanent one sided headache through the left eye which causes her tears and suffers inability to move when she wakes up.” 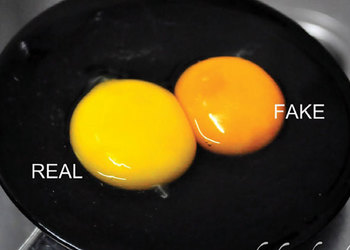