Written by Lindah Nduwumwami on December 4, 2018

Bagyenda made a return to the Committee on Monday after two weeks of unexplained absence that Committee Chairman, Abdu Katuntu says, inconvenienced COSASE work as she was a key witness to the investigation.  “Your travelling caused us a bit of inconvenience but since you are now here, you have to make sure that you sit throughout the process and answer all the questions that we have for you,” Katuntu informed the former EDS.   As a result, Bagyenda was asked to deposit her two passports (the East African passport and the national one) with Parliament until the probe is over. The action follows the arrest of Bagyenda’s driver and bodyguard last week for telling lies to the committee about their movements with their boss on the day three bags containing BoU vital documents on the sale and takeover of seven commercial banks. While appearing before the Committee, Bagyenda feigned ignorance of the whereabouts the valuation reports and other documents critical to the investigation. She kept saying that she did “not remember” and when the BoU Governor, Tumusiime Mutebile was asked to comment, he simply said that “if the managers don’t remember, how can I possibly remember?”Bagyenda has now been tasked to report to Parliament every day until the BoU team is retired and also been advised to cooperate with the investigation lest the committee will be compelled to use other means to obtain the information in her custody. “If you take this process seriously then we do it smoothly but if you don’t, then we will be compelled to use the tools we have,” Katuntu warned. In a new twist, Bank of Uganda now says that it can no longer trace the offices or address of Kirkland Associates, a law firm that they hired for consultancy services during the process of selling seven defunct banks.
Bagyenda remorseful. On her part, Bagyenda expressed remorse for delaying the Committee’s investigation and pledged to cooperate with all the requirements so as to get to the bottom of the matter. “I need to address the allegations of the missing files that have been made against me. I want to assure you that I am willing to corporate and assist the committee in any way I can,” she said. 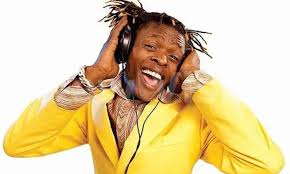