The first aircraft for the the revived Uganda Airlines is expected to arrive in the country in a month’s time.
The minister for Works and Transport, Monica Azuba Ntege says that the pilots of the Bombardier CRJ900 jet were sent to Canada for training. Azuba said they are supposed to meet with manufacturers to iron out a few issues and set date when the first jet will be delivered.
The Bombardier CRJ-900 hit the skies for the first test flight at Montreal Mirabel international airport, Canada last week. An 8-minute video clip was uploaded on YouTube on Sunday showing the test flight. The video clip triggered excitement from Ugandans.
“That was the first flight test and they are still doing more test flights,” Azuba said. “It due to come this month or next month. We are having a meeting which will set the date when we will receive it. So anytime within a month, it will be here.”
Last year, Uganda ordered for four CRJ900 regional jets as part of the much-anticipated plan for the revival of Uganda Airlines. The revived airline will be the first carrier to operate the new CRJ-series atmosphere cabin in Africa. Atmosphere cabin design allows passengers to carry and store an “oversized” roller bag within the aircraft cabin bins which minimizes the need to check bags at the counter or the gate.
The airline will operate the CRJ900 in dual-class configuration with 76 economy seats and 12 first class seats. According to the manufacturer, the new model atmosphere cabin sets new standards of passenger experience in the regional jet market segment. Key features of the new interior comprise of larger passenger living space, wheel-first roller bag capability, more spacious lavatory, increased cabin connectivity options, all integrated into a contemporary design and material choices.
The first Bombardier was supposed to be delivered last month. But there were changes in the programme. The initial plan was that the manufacturer would be delivering a jet per month starting January. This arrangement will be followed after delivery of the first aircraft. 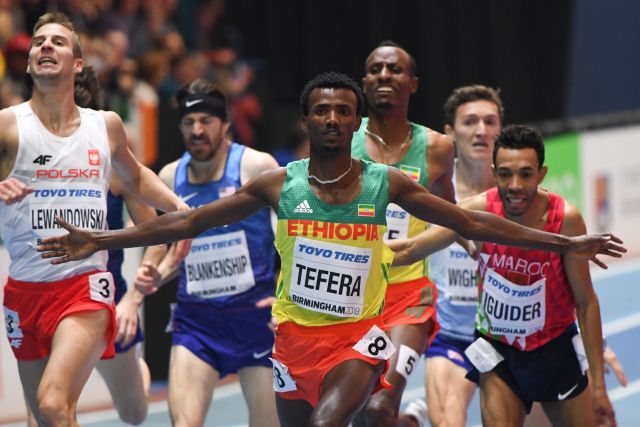